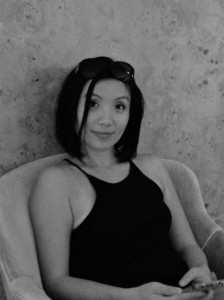 Here’s our spoiler-free review of The Imperial Alchemist by A.H. Wang. Get your copy by becoming a member today and then join us in the brand-new Member Portal to get your questions answered by A.H. Wang!

Two thousand years ago, Emperor Qin sent his trusted adviser Hsu Fu on a quest for immortality. He was never seen again. Now, modern-day archaeologist Georgia Lee is hired to find out where he went, and what he found. A.H. Wang takes you on a journey as Georgia travels from country to country, drawing together China’s past and present.

Here’s the breakdown using our scale:

An accomplished academic, main character Georgia is a professional skeptic and nobody’s fool. But a funding crunch pushes her to accept an assignment from a shadowy billionaire– following in Hsu Fu’s footsteps to find the cure for death.

Other female  characters include Sarah, Georgia’s practical assistant, and Amah, Georgia’s grandmother. While visiting her grandmother in Taiwan, Georgia hears the story of Amah’s flight from Mainland China during World War II, just one example of the times the novel passes the Bechdel-Wallace test, and another example of the scope of Georgia’s quest.

As a Chinese major in college, there’s nothing I love more than an Asian-influenced science fiction or fantasy novel. The Imperial Alchemist is also a thriller, which means in typical thriller style Georgia is bouncing around the world following clues. The attention to detail is awesome, and after following Georgia around I have a few new museums (and hiking locations!) to add to my travel wish list in Australia, Japan, and Taiwan.

Also in true thriller style, there’s plenty of nail-biting action as the search for immorality–and  the power it would give–comes to a head.

Immortality is always a fun concept to explore, and A.H. Wang leaves no stone unturned as she shows how mortality influences all our lives.

Like I said, I love Asian SFF and I’ve read more than a few from both Asian authors (A Thousand Beginnings and Endings, an anthology of short stories by Asian authors, came out this year, and in the indie world, I recommend The SEA is Ours, a steampunk anthology.) In The Imperial Alchemist, many major characters are Chinese/Chinese-diaspora, and Wang honors Asian women by creating fully-realized characters of all ages.

The Imperial Alchemist introduces Asian history and lore while weaving it into the fabric of the plot. This treatment elevates Asian history from the thin tropes and stereotypes we are used to seeing in the US. I think A.H. Wang strikes the right balance of information, never over-explaining. So the book is accessible to people unfamiliar with Eastern history and culture, while also being respectful to and fun for everyone else. For these reasons, The Imperial Alchemist is our Winter 2019 Book of the Month.

Get the F-BOM special edition of The Imperial Alchemist right now by becoming a member!