Wow, I am so totally impressed with the two women that put together this campaign for Miss Possible Dolls featuring Marie Curie, Bessie Coleman, Ada Lovelace, and an unknown fourth doll whose identity will be voted on. Founder Supriya Hobbs, an engineering alumna from the University of Illinois, and co-founder Janna Eaves are looking for donations to fund this super awesome new series of dolls geared for girls ages 5-10. What the heck, I’ll probably buy one at some point, so the age range should be more like 5 to anyone who thinks like a 10 year old.

Supriya and Janna’s goal in creating these dolls is to help girls change the world “by giving them strong role models and valuable experiences through play”.

The first doll they will launch is Marie Curie in January 2015. Who better than the only person to ever win a Nobel prize in two different fields? The next release will be famous aviator Bessie Coleman in April 2015. The dolls are pretty nice looking on their own, but the slam dunk feature is they come with an app. The app allows children to immerse themselves and learn about the famous figure all while playing games encouraging them to explore the field of study the woman was known for.

The campaign donation levels include stickers ($5), t-shirts ($15-$25), getting a Marie Curie doll (already sold out), getting the entire set of dolls ($200), and much more. If you have a young girl in your life, consider helping out the Miss Possible dolls and getting her a new toy at the same time. Two birds with one stone right? 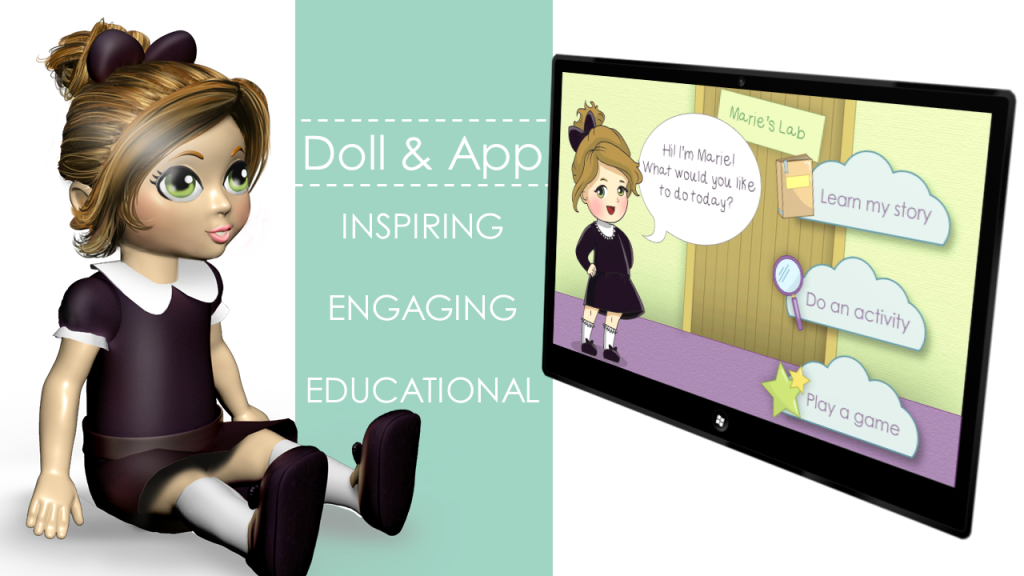 2 thoughts on “Miss Possible: Dolls To Inspire Girls To Be Awesome”